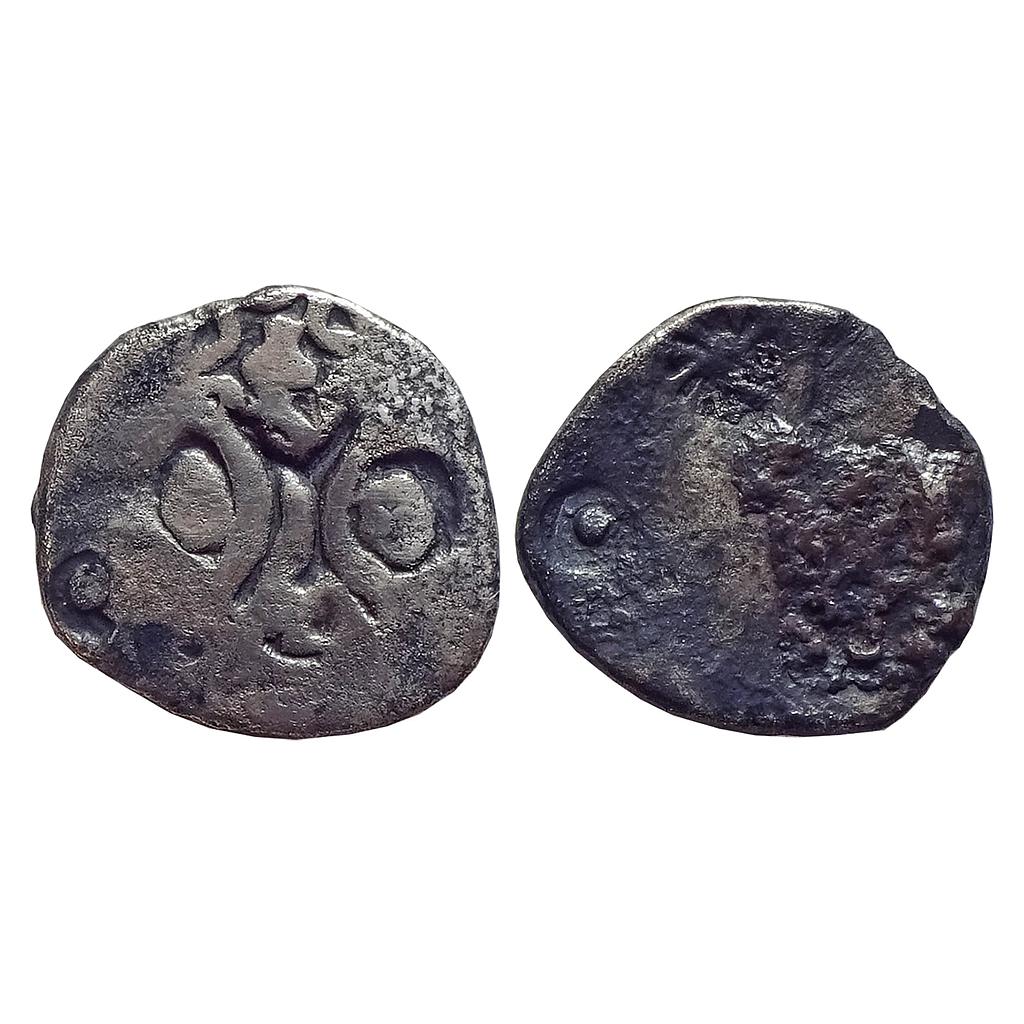 Ancient, Archaic Series, Punch Marked Coinage, attributed to Kosala Mahajanapada (C. 525-465 BC), Silver Karshapana, 2.12 gms, 15.14 mm, Earliest Phase Coin. Vimashatika Weight standard. Kosala was counted among the maha (great) janapadas (kingdoms) (out of 16 janapadas, listed in Anguttara Mahanikaya). In its earliest phase, it was divided into two parts, Uttar Kosala (capital Sravasti) and Dakshina Kosala (capital Kushavati). During the times of Buddha, it was a most prominent mahajanapada with Ayodhya as capital. This was constantly at war with neighbouring states of Kashi and Magadha. It annexed Kashi in very early phase of that period (thus explaining scarcity of coinage of Kashi). During that period, all the three great Mahajanapadas (Kashi, Kosala, Magadha) were issuing their coins on Vimashatika weight standard.  Present coin belongs to that phase.  These coins are known only from a small hoard, found from Jais (Distt. – Rai Bareli) in 1990-91.  Most of the coins found in that hoard were full unit 4 symbol coins. Only a very few single symbol coins were reported from that hoard and known so far. This particular human face type symbol is known for the first time in this exceedingly rare series, very fine, rare.