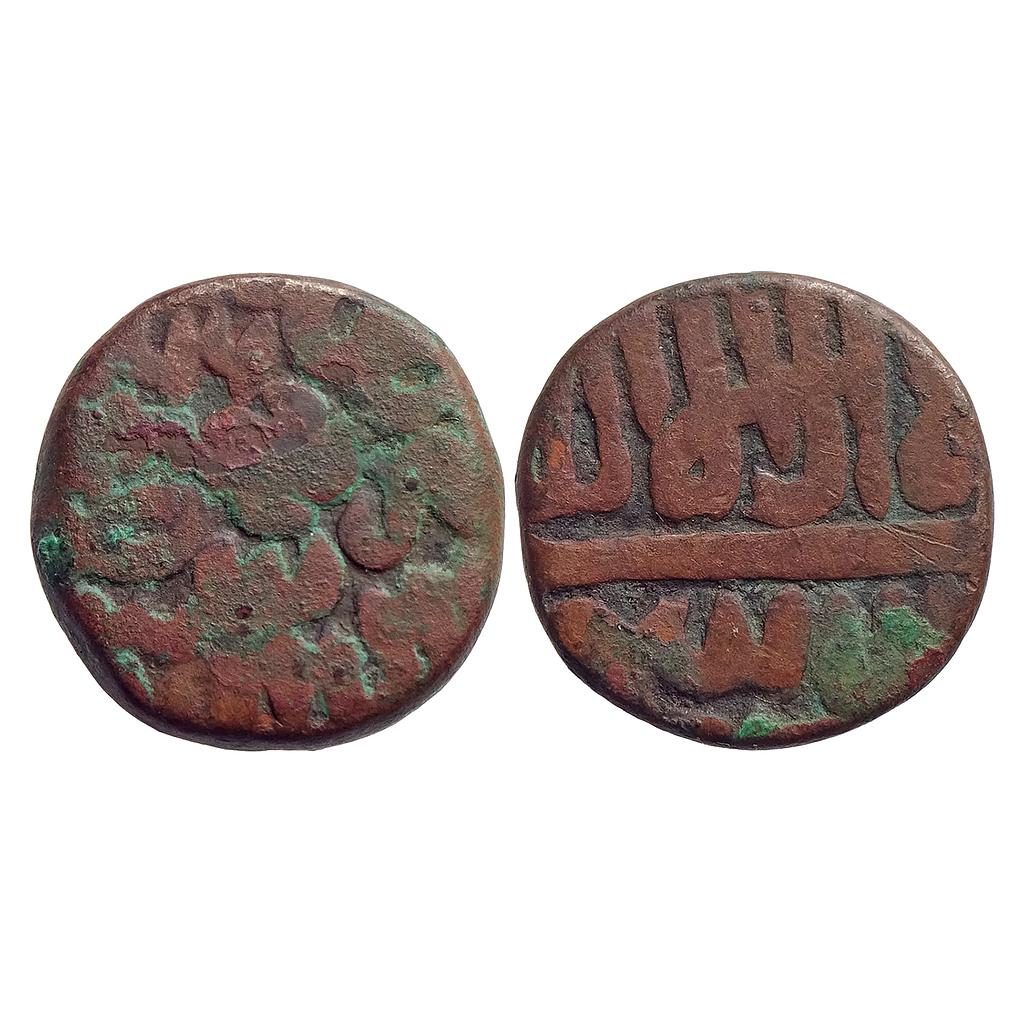 Mughal, Akbar (AH 963-1014, 1556-1605 AD), Copper Dam, 20.29 gms, 22.38 mm, Mintless type (style that of Mangarh Mint), AH (9)66, anti-clockwise swastik as mint mark, Full name of emperor Jalal al-Din Muhammad Akbar Badshah Ghazi on obv, kalima Shahada lā ʾilāha ʾillā -llāh muḥammadur rasūlu -llāh on rev, initially attributed to Manghar (Monghyr) on account of similar coins with mint-name 'Mungir' Valentine p.66-67, #9, but refuted by Dr Bhandare. He found a reference to Numismatic Supplement XIV of 1919 that S H Hodivala identified 'Mangarh' / 'Manghar' with the fortress of Mankot in what was then 'Punjab'. According to Abul Fazal, it was in the Sarkar of Rechanu Doaba and consisted of four small inhabitations, each with a stone fort. Hodivala furnishes several references (including those to refute its identification with 'Munger/Manghir/Monghyr' in Bihar), and concludes as follows: "Mankot is now no more than a great ruin, situated about 76 miles North of Amritsar, in the Jammu Territory of the State of Kashmir. It is now known as Ramkot", Unlisted in KM, Zeno # 140376, very fine, rare.