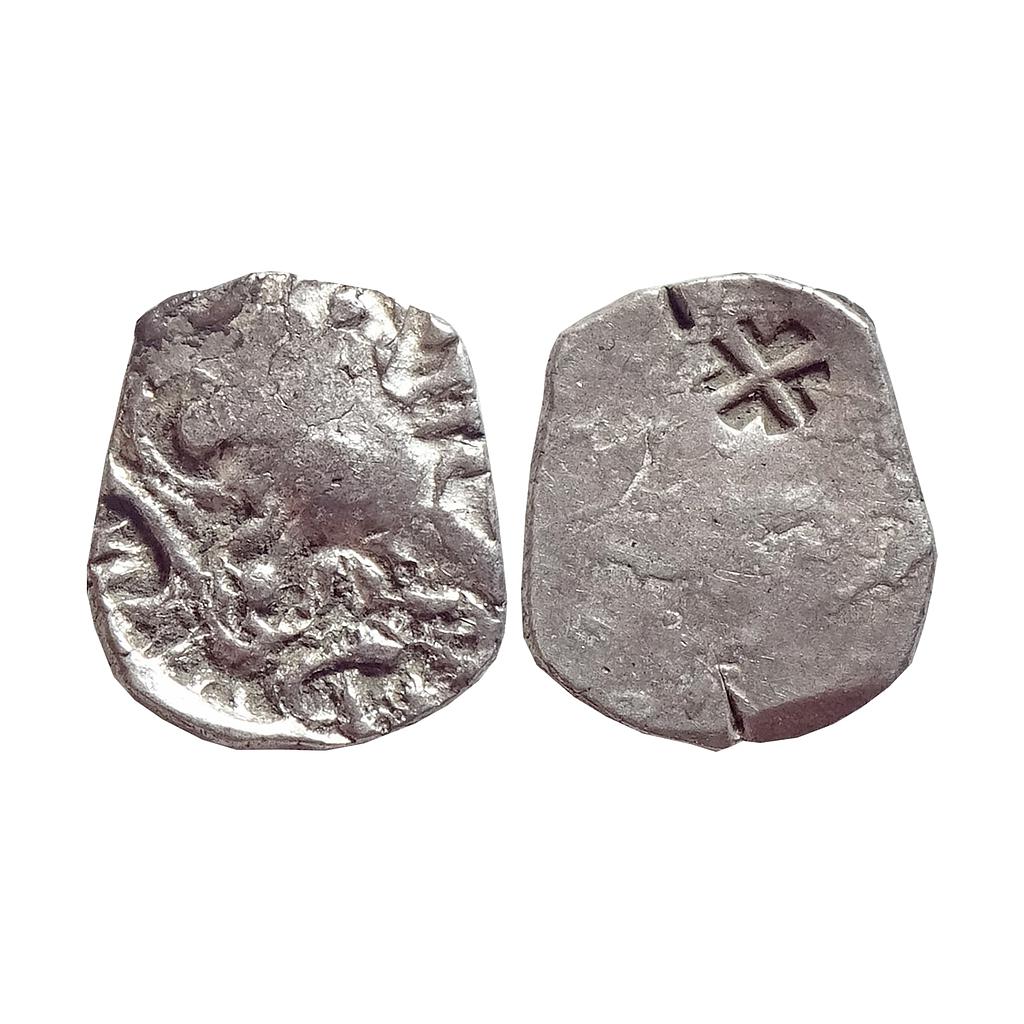 Ancient, Archaic Series, Punch Marked Coinage, Attributed to Pauravas of Kaushambi, Silver ½ Karshapana, 2.10 gms, 13.49 x 15.33 mm, Coins of this series are based on Vimashatika weight standard and are quite archaic in fabric. Present coin is half denomination. This is a single symbol coin, depicting a turtle on obverse and a bankers’ mark on reverse. This series has been attributed to the Pauravas of Kaushambi. As per Puranas, on account of heavy floods in Hastinapur, a line of descendants of Pandavas and Kauravas (what was left of them after the famous Mahabharat war) left Hastinapur and migrated towards Kaushambi around 800 BC and settled there. Present issue is attributed to them. Pauravas were a smaller group of people (not finding mention in the list of 16 janapadas in Anguttara Nikaya) but were in existence during the times of Buddha, on account of which and due to use of an earlier weight standard, these coins are said to have been in circulation till a period when Magadha was spreading its empire but was yet to conquer the central/western parts of modern Uttar Pradesh. Thus the period during which this series might have been in circulation should not have lasted later than 380 BC to 360 BC, Mitchiner pp.810 - 813 and Hardaker pp. 109 - 113, very fine, very rare.