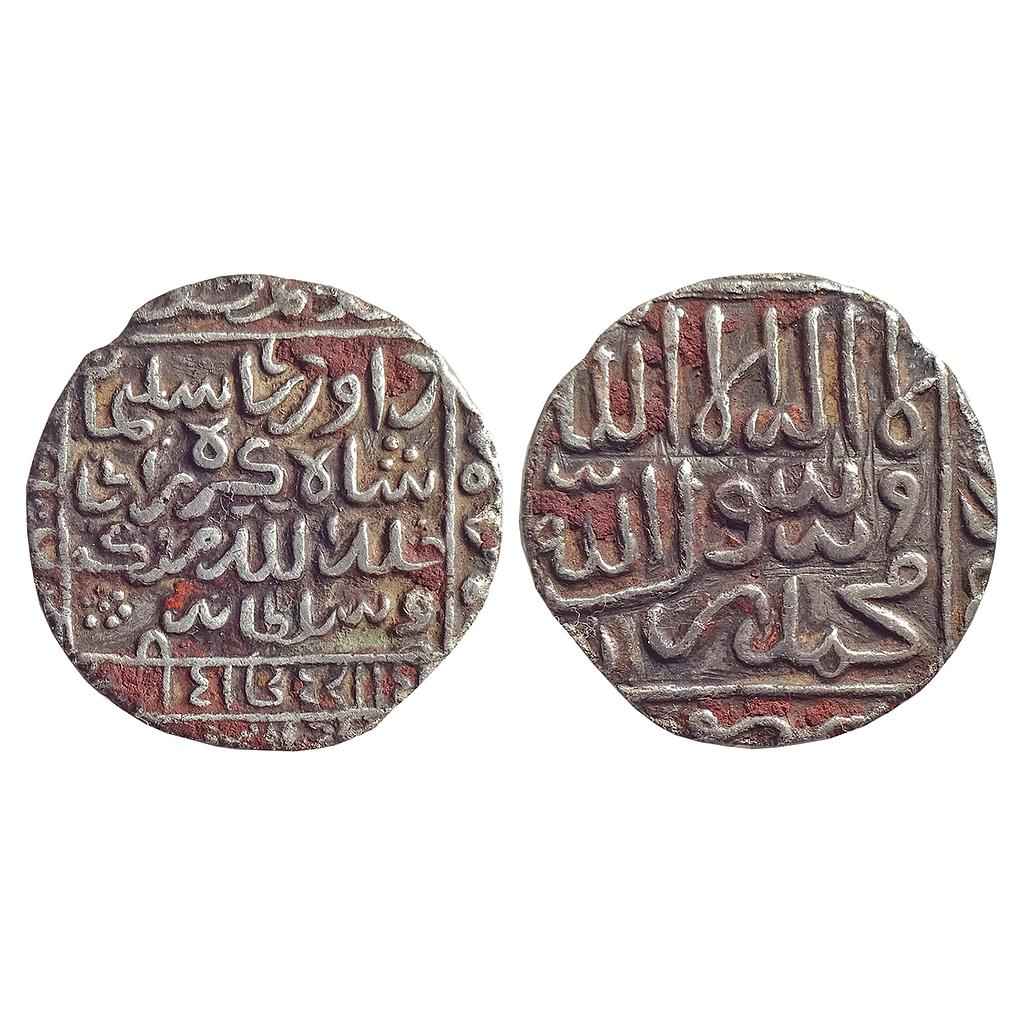 Bengal Sultanate, Daud Shah Karrani (AH 980-984, 1572-1576 AD), Silver Rupee, 10.65 gms, 29.80 mm, Tanda (Tandah) Mint, Partly visible in the left margin of the obverse, AH 980 in the Right margin on the obverse, The name of this ruler is usually read as Kararani however it shoud be corrected to Karrani corresponding to the Karrani / Karlani Pashtun federation of tribes who were the last to resist the Mughal takeover of India after the decline of the Suri Sultans of Delhi and Bengal, G&G # B982, very fine, Scarce.