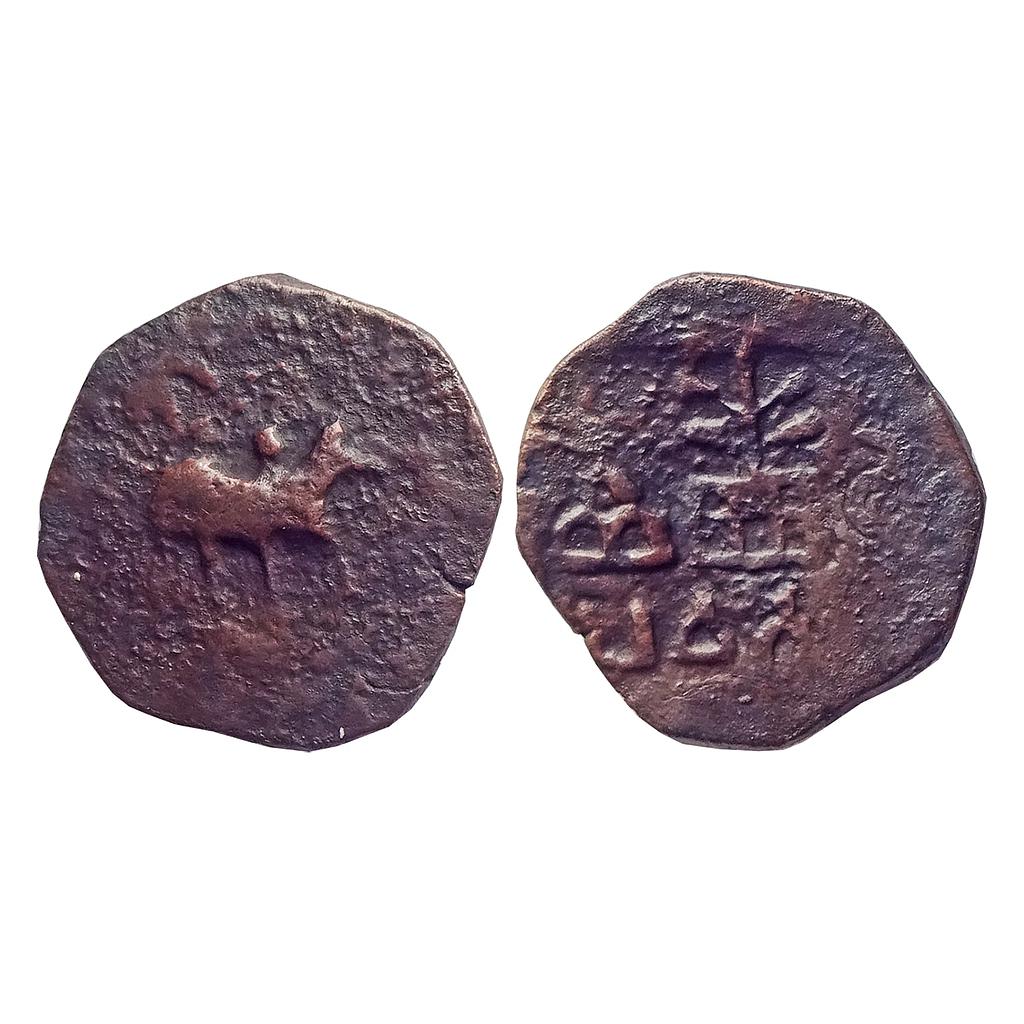 Ancient, Post Mauryan, Kaushambi Area, Parvata, Copper Unit, 1.95 gms, 14.79 mm, Obv: Humped bull walking to right side, traces of symbol on its back, Rev: Tree-in-railing in centre on left three arched hill, right side like a ‘S’ symbol and on bottom Brahmi legend ‘Pavatasa’ in straight horizontal line from 8 o’clock to around 4 o’clock,, This coin belongs to post Mauryan monarchical series of Kaushambi.  Many kings of this series viz. Parvata, Agnimitra, Brahaspatimitra, Jyeshthamitra, Surmitra, Varunmitra, Pothmitra, Rajmitra, Rajnimitra, Prajapatimitra, Devmitra etc are known from this highly important and scarce series of local coinage of Kaushambi.  Parvata is among the rarest kings to encounter on these series. After the aforesaid kings, Kaushambi was under the control of Kushans for a while, where after a new dynasty of Magha kings ruled over this place, which was ultimately annexed by Samudra Gupta (as per Prayag Prashasti), Bop & Pieper # 46, very fine, very rare.