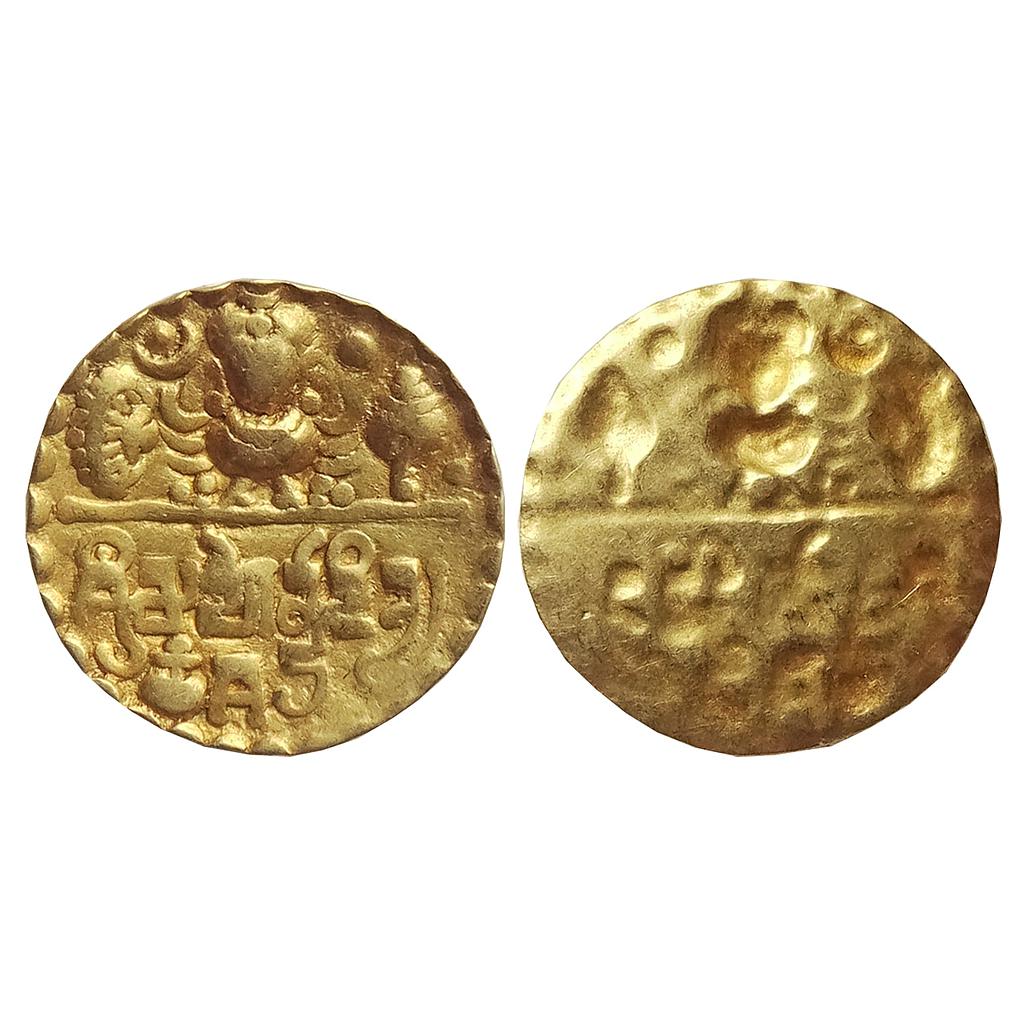 Ancient, Sharabhpurias of Chhatisgarh, Mahendraditya (c.6th century AD), Gold Dinar, 1.28 gms, 17.56 mm, Garuda flanked by shankha and charka, with box-headed Brahmi legend Sri Mahendraditya, Uniface, Repousse and bracteates. Garuda site on a branch with rounded finals with snake coiled around the neck. Crescent moon has a dot within. Below legend there is a letter “Sha” and a kalasha (pitcher). The shankha opens to the left. A very rare ruler as compared to Prasannamatra of the Sharabhapurias. It is suggested by A M Shastri that these coins were struck by Narendra, the Sharabhapuriya king, nominally acknowledging the Gupta emperor Kumaragupta III, Sanjeev Kumar TOTGE # Pg 305 Class I, Variety B, Broad flan, Extremely Fine, Extremely Rare.