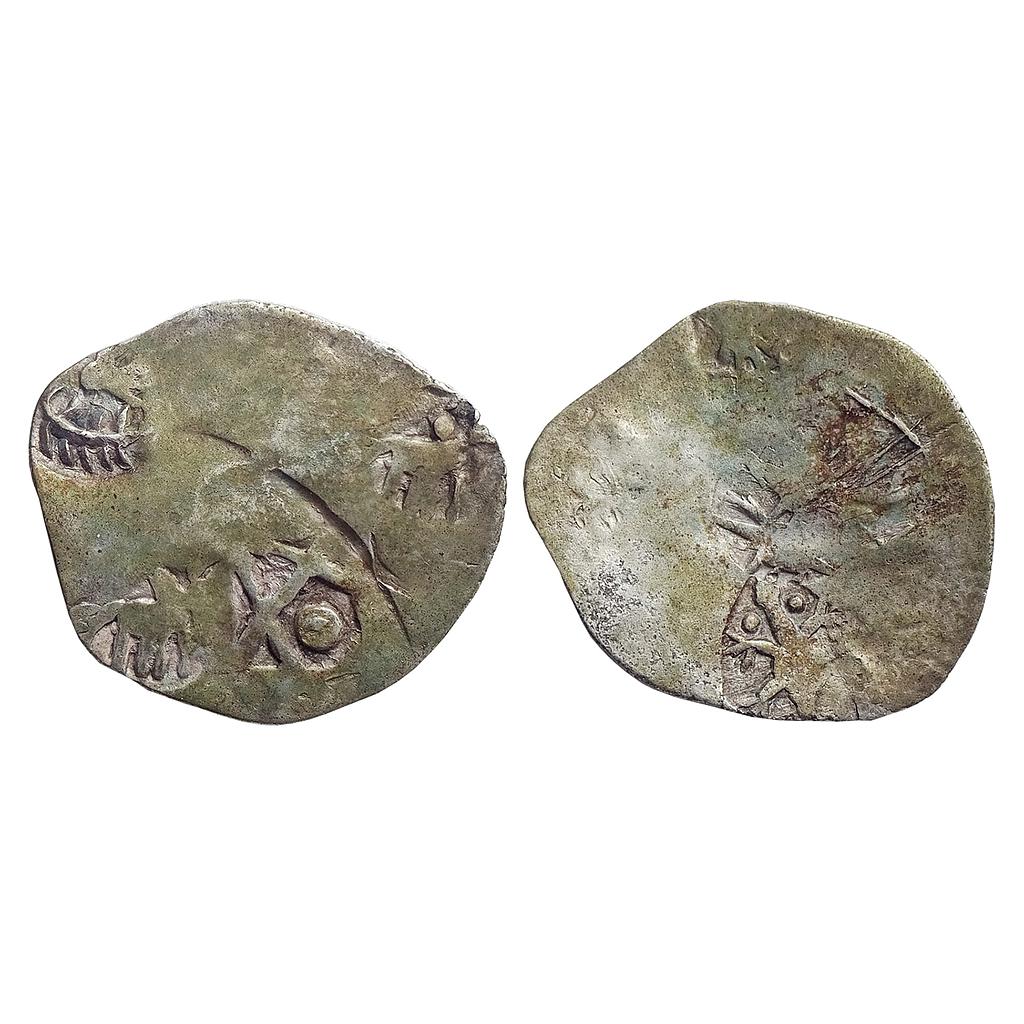 Ancient, Archaic Series, Punch Marked Coinage, attributed to Vatsa Mahajanapada (c. 500-410 BC), Silver Karshapana, 3.39 gms, 24.89 x 26.37 mm, Obv: Royal symbol of scorpion, five pointed star, elephant and bull, Rev: Fish symbol as a counter mark,Vatsa was among the 4 great janapadas of the times of Buddha.  Its areas comprised around modern Prayagraj / Kaushambi districts and its capital was Kaushambi at the banks of Yamuna river and was visited by Lord Buddha, more than once during his lifetime.  It is said that a line of Kurus migrated from Hastinapur to Kaushambi in early centuries of BC and issued silver punchmarked coins.  Present coin represents Karshapana weight standard and was issued during the reign of Udayana, one of the most famous kings of this janapada.  Udayana is said to be well versed in the art of taming elephant and famously eloped with princess Vasavadutta, daughter of king Pradyot of Kaushambi.  Udayana is also known as Vaidehiputra suggesting that his mother was a princess of Videha.  Present coin represents clear influence of Kosala symbols.  It is argued that independence of Vatsa was lost at the hands of Kosala and thus, the coin may belong to a period very soon after the loss of the independence of Vatsa.  A very bold bankers’ mark (tortoise) is yet another important feature of this coin and reminds us of similar bold bankers’ marks on early silver punch marked coinage of Magadha and Kosala.   Present coin is thus extremely important from the Janapada history and internal chronology of this series. Rajgor Series # 78, very fine, very rare.