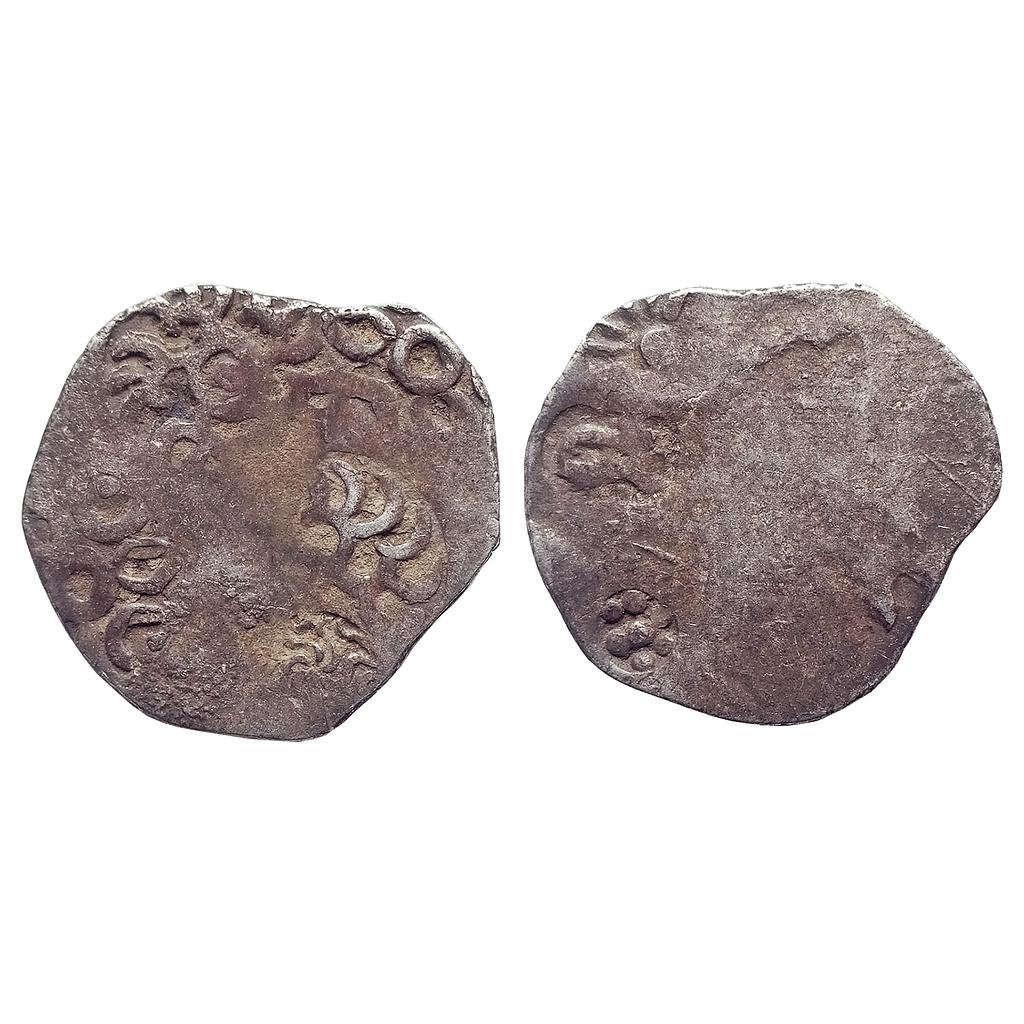 Ancient, Archaic Series, Punch Marked Coinage, Kashi Mahajanapada under Kosala, Silver Vimshatika, 4.57 gms, 25.07 x 26.02 mm, Ghazipur Hoard type, Obv: A pair of two different geometric symbol, and six ellipses chain around pellet in circle, Rev: Traces of banker mark,These coins were known from Jakhania hoard (distt.: Ghazipur, UP) of 1991.  These have typically two symbols each of Kashi and Kosala and hence, it is argued that Kosala after annexing the Kashi mahajanapada, issued this coinage having symbols of its own as well as Kashi for easy acceptability by common folk.   These are all based on Vimashatika weight standard and thus clearly predate the phase of ‘Karshapana’ weight standard.  These are mostly based on ABCC symbol (3 different punches A, B and C used, out of which C struck two times, thus making 4 symbols in total) pattern in which, A and B mostly represent Kashi and CC represent Kosala. These roughly correspond to the period when Lord Buddha was alive and frequenting the lands of aforesaid two illustrious mahajanapadas. Mitch ATEC # 2371-2373, Rajgor series 58 very fine, rare.