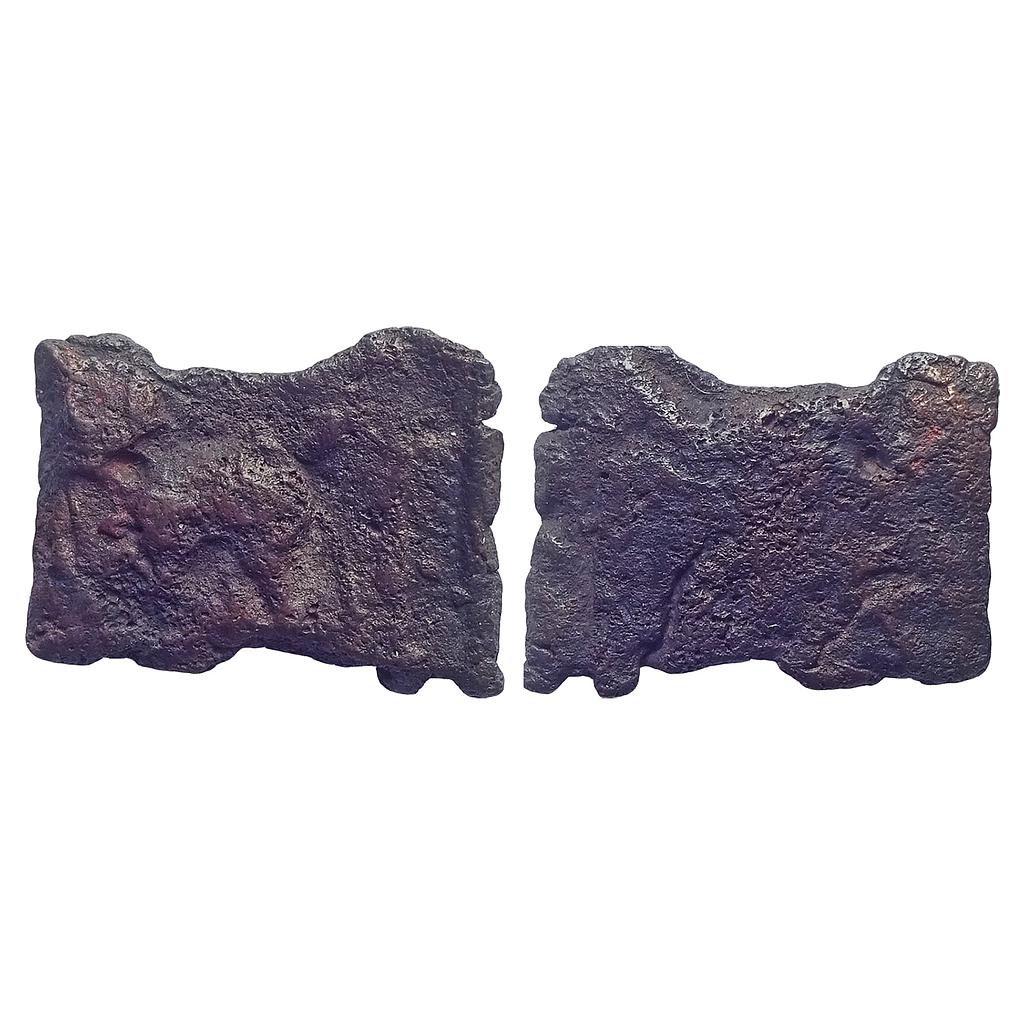 Ancient, Post-Mauryan, Kaushambi Area, Damru Shaped, Copper Unit, 3.06 gms, 14.39 x 19.09 mm, Obv: Humped walking to right side front of triangular headed standard and traces of taurine on left top, Rev: Worn out, Present coin represents a very important series of local type copper cast coins of Kaushambi.  The shape of this type is always looks like a ‘Damru’ and hence, such coins are popularly known as damru shaped coins. These are said to have been issued in early 2nd century BC to atleast 1st century AD i.e. chiefly during the period when the control of Magadha’s pan India empire was substantially lost over most of the areas under their control.  This is thus a local series which lasted less than 3 centuries and represents well executed fine symbols, many of which were directly derived from Mauryan punch marked coinage in silver. Bop & Pieper # 21 type, very fine. scarce.